What exactly is proprioception? You could call it body sense or kinesthetic awareness – it is the brain’s ability to sense the relative positions and movements of the different body parts. Because of proprioception, you know exactly where your hand is in space as you move it around, even though your eyes are closed.

All coordinated movement depends on proprioception. When proprioception is compromised, say from a neurological disease or drunkenness, seemingly simple activities like walking or even standing can become impossibly difficult. It should be obvious that elite level movement in sport or dance requires an elite level of body sense. For example, there is no way to land a backflip onto a balance beam without knowing exactly what your body is doing at all times. Accurate body sense is also essential for feeling good in your body and being free of pain. As discussed below, problems with proprioception can be a major source of pain.

Improving your proprioception is an excellent goal for anyone who wants to improve sports performance or reduce pain. In fact, I would claim that any therapy or training method that can achieve either goal efficiently works primarly by improving proprioception. Following is a discussion of how proprioception works, why it matters, and how it can be changed for better or worse.

THE BRAIN MAPS THE BODY

The key to understanding proprioception is the body maps. The body maps are parts of the brain that are organized in such a way as to represent the different body parts, just as lines on a map represent roads. Each part of the body has a separate area of the brain dedicated to moving and sensing that body part. So, we have hands, and we have virtual hands in the brain – parts of the brain that represent the size, shape and position of the hands. The brain will even devote space to representing inanimate objects which we need to sense and control, such as a tennis raquet, tool or cowboy hat.

Body parts communicate with their virtual counterparts in the following way. There are millions of microscopic organs called mechanoreceptors located throughout the body. When they are stimulated by a mechanical force, they send a signal through the nervous system to the part of the brain devoted to sensing that part of the body. The brain assembles all these signals from the innumerable different sources and determines exactly where everything is and what it is doing. In essence, the brain creates numerous maps of the body that it uses to decide what is going on and how to move. Because the brain uses the map to make decisions about how to move, it is obvious that the better and more detailed the map, the better and more precise the movement. By contrast, if the map is unclear or fuzzy, navigation of the different movement possibilities will be shaky.

These points are illustrated by the fact that body parts that have greater movements demands have bigger maps. For example, the hand is capable of extremely intricate and differentiated movements and sensations, and the brain devotes a large area to sensing and controlling it. By contrast, the brain devotes very little space to mapping areas of the body that do not have much movement or sensation capability, such as the middle of the back or the elbow. If you drew a picture of the human body with each body part being the size of its virtual counterpart in the brain, it would look like hideous figure to the right, which is called a homunculus. (Admit it, you looked at the genitals first.)

Another indication that the maps are essential for coordination is that they actually grow bigger when placed under demand. For example, the part of a musician’s brain that senses and controls the fingers is actually observably larger than the counterpart of a person who does not use his or her hands as much.

CONFUSED MAPS CAN CAUSE PAIN

Accurate maps also have important consequences for how we feel. Pain researchers have found that they can cause pain in experimental subjects by creating unusual sensory illusionsusing mirrors or other perceptual tricks. These illusions effectively create a “sensory motor mismatch”, a conflict in the information represented by the brain maps. The result is often pain. On the basis of these and other experiments, many experts believe that gaps, smudges, or or other inaccuracies in the body maps can be a significant contributing factor in many chronic pain conditions, and that fixing these problems is a potential way to cure pain.

One of the most dramatic examples of the potential problems resulting from a confused map is a phenomenon called phantom limb pain. Many people with an amputated arm or leg experience sensation and often excruciating pain in the missing body part. This is because even though the arm is gone, the virtual arm in the brain lives on, and can be stimulated by cross talk from nearby neural activity. When this occurs, the brain is confused, and creates a sensation of the missing arm that is incredibly realistic and often excruciatingly painful. An amazing treatment for phantom limb pain involves placing the remaining limb in a mirror box in way that fools the brain into thinking the missing limb is alive and well! You might be inclined to think that’s like some shit out of Matrix or Avatar.

MAPS ARE BUILT BY MOVEMENT

The maps are constantly being updated to reflect current demands. You can sense changes in your maps instantly by doing a simple experiment. Try to imagine or sense the exact shape and position of your ears. Now rub just the left ear for a few seconds and then compare your ability to sense the left ear and the right. You will note that it is much easier to sense the left. The simple reason is that touching the ear activated its mechanoreceptors, which sent a signal to the brain, which activated the map for that area. Of course, the additional clarity is only temporary.

In order to make long term or permanent changes in the maps, you need to place demands on that map consistently over a long period of time. Recall that musicians actually have larger finger maps than other people. When a certain body part or movement is used repeatedly in a coordinated and mindful fashion, there are actual physical and observable changes in the part of the brain that controls that body part or movement. This is part of the reason why you get better at what you practice.

Of course, not all movements are created equal in their ability to stimulate the body maps. Movements that are most likely to lead to changes in the quality of the maps are movements that are curious, exploratory, novel, interesting, rich in sensory input, slow, gentle, mindful, non-painful. Most of the material in this blog is essentially about how to move in this way and improve the maps.

Lack of movement will reverse this process. If you fail to move in a certain way for a period of time, you lose the ability to accurately sense and control that movement. This is called sensory motor amnesia. The brain’s body maps get fuzzier, less clear. If you tape three fingers together in a way that causes them to move as one unit for several days, the brain will start to represent the fingers as one unit, not as three separate parts that are capable of individual movements. We would expect similar map blurring to occur when the pelvis or spine is not moved through its full range of options. After years of neglect, the whole midsection moves as one big block, which is typical of western white male dancing. The lesson is move it or lose it.

PAIN IS BAD FOR THE MAPS

Another way to lose the quality of your body maps is to get injured. Pain reduces the brain’s ability to process proprioceptive information coming from an injured joint, because it is busy listening to the pain signals, which of course are of high priority. The pain signals effectively crowd out the proprioceptive signals, making the signal to noise ratio poor. (By the way, this process works in reverse as well – if an area hurts you can block processingn of the pain signals by rubbing the area and sending pain free mechanoreceptive info to the brain. This is why we rub ourselves when we hurt.)

Pain will also tend to lessen movement in the injured joint, which further reduces the proprioceptive information coming from the joint. The loss of propriocepive information can lead to degradation in the quality of the map (sensory motor amnesia). So injury can cause a potential viscious cycle – pain reduces movement, which reduces coordination, which reduces movement further and causes further pain, and so on. This is one of the reasons a person might repeatedly sprain the same ankle.

HOW TO IMPROVE PROPRIOCEPTION

So what can you do with this valuable information? First, understand that moving well and feeling well are just as much mental events as physical events. The health of the virtual bodies in the brain is just as important as the actual bodies (and changing them is often quicker and easier as well.)

Second, make getting out of pain a top priority. Even if pain is minor and is not preventing you from doing what you want to do, it is preventing you from reaching your potential, because whether you want to or not, your brain is not devoting its full attention to making you coordinated – it has other priorities and is rearranging your movement patterns beneath your awareness.

Third, engage in as much novel, mindful, interesting, exploratory, curious, playful, pain free movement as possible. Find all the ways that your joints can move in lying, sitting and standing. Try the Feldenkais Method, which was specifically designed to cause beneficial changes in the maps. Alexander Technique, yoga, ideokinesis and tai chi are excellent options as well. 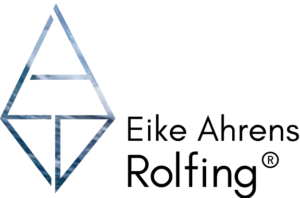